Sex is, no doubt, a key part of most romantic relationships.

The average Briton has sex around 86 times a year, according to recent numbers, and yet more than half of those surveyed at the time rated their partner’s sexual performance as average or below average. But that was over four years ago, and much about society could have changed since then.

We set out to better understand the sexual dynamics between modern-day partners – how happy they are with their sex lives, how truthful they are about their partner’s sexual performance, and whether their most intimate desires are being satisfied.

In the process, we surveyed 515 U.K. residents and 501 U.S. residents aged 18 to 73 about what’s going on in the bedroom. Read on to learn more about the state of honesty in American and British sex lives and to explore the complex reasoning behind partners’ intimate decisions. 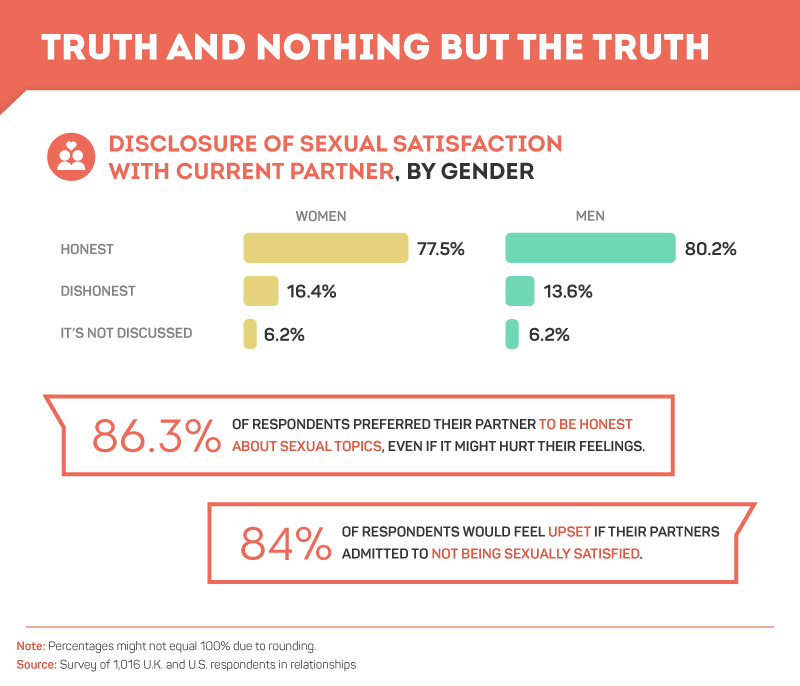 Here’s the hard truth: Everyone lies. In fact, the average person aged 18 to 44 lies around two times a day. Most of those lies are “white lies,” meaning they’re small and fairly inconsequential. But when it comes to discussing sexual satisfaction with a partner, one has to wonder: How honest are people really being? 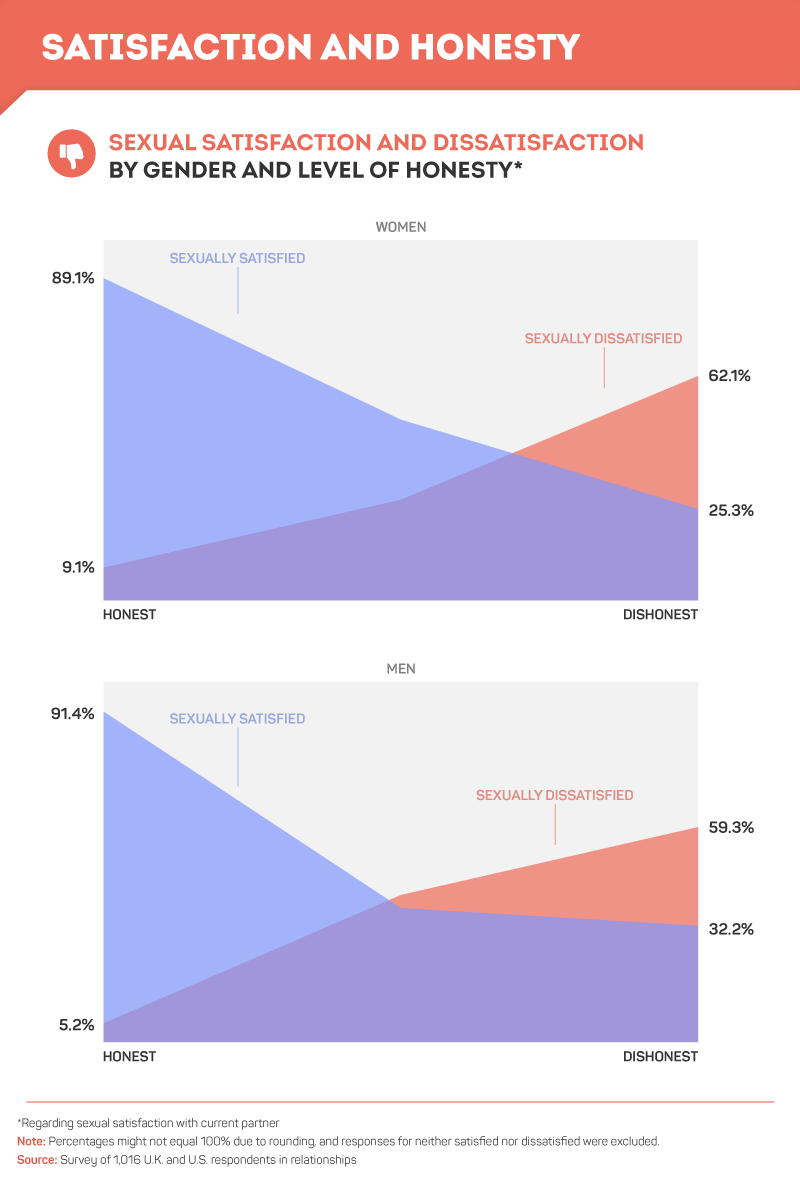 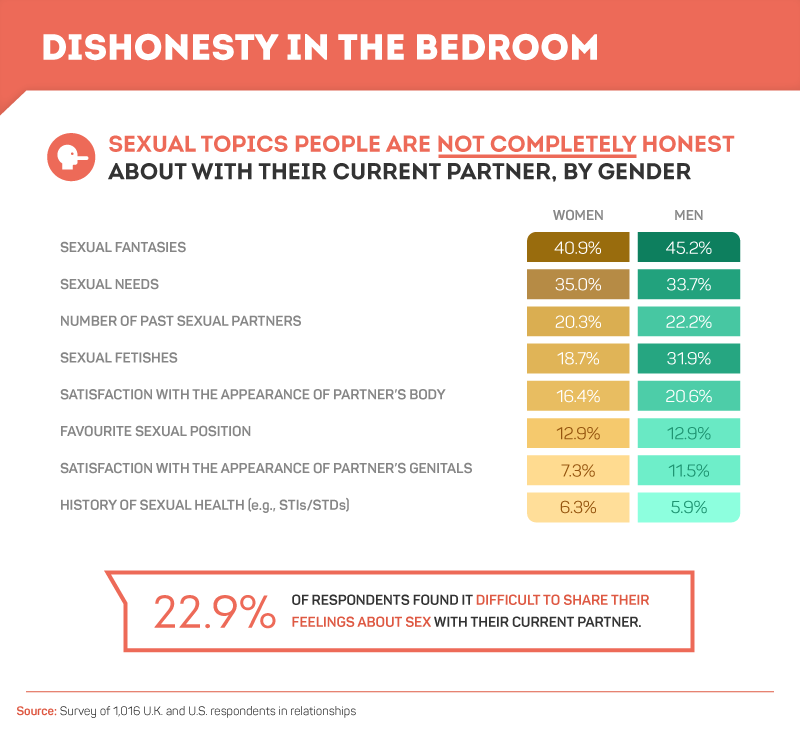 Certainly, some subjects are tougher to be honest about than others. Our data clearly suggests men and women are more comfortable being honest about certain sex-related topics, such as their sexual health (STIs/STDs), satisfaction with the appearance of their partner’s genitals, and their favourite sexual position. 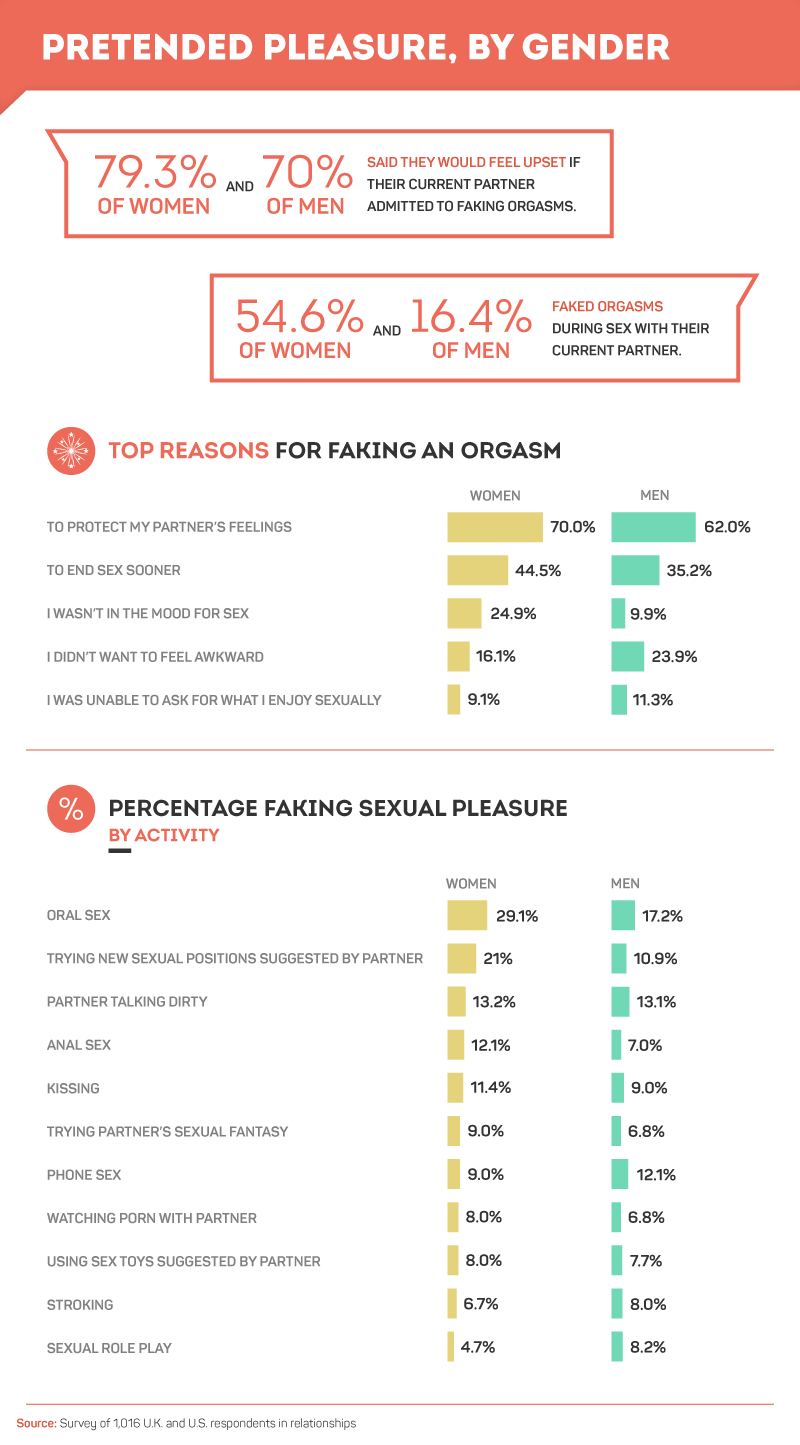 But despite all of the intercourse happening, achieving sexual pleasure is often complex and, quite frankly, mystifying (entire studies cover how women achieve orgasms, for example). We asked 1,016 men and women about the legendary “faked orgasm” and how they’d feel if they found out their partner had to pretend from time to time.

WHEN THE TRUTH HURTS 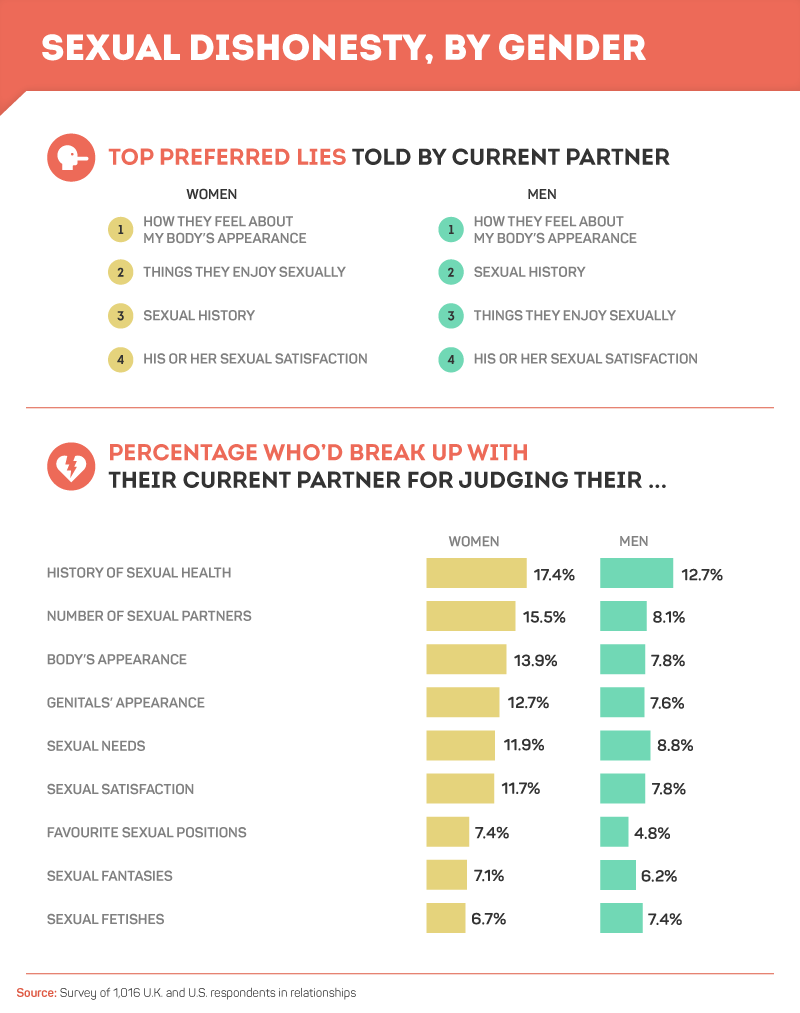 Sometimes, the truth hurts too much, and partners would rather hear a lie. We asked partners which lies they’d like to hear – and what types of judgement would be serious deal breakers for their relationship.

Women and men most preferred to hear lies about their body’s appearance (if they had to hear any lies at all). When it came to being honest, about 17 percent of women and nearly 13 percent of men said they’d break up with their partner for judging their sexual health history. 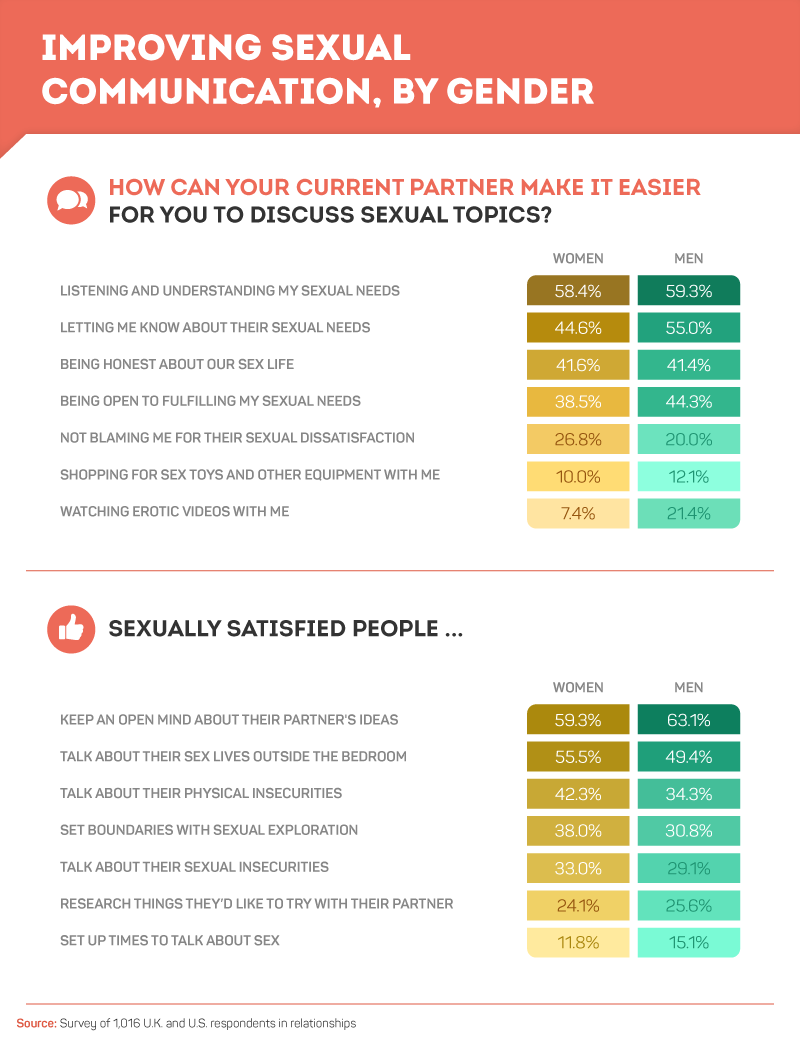 Clearly, sex in relationships is far from perfect – but what can partners do to delicately improve their intimacy and strive towards greater honesty? More than half of both genders said having their sexual needs listened to and understood was important. 55 percent of men and nearly 45 percent of women suggested their partners let them know about their sexual needs, and more than 41 percent of both genders also highly rated honesty as a key component.

Among those who were sexually satisfied, keeping an open mind and talking about sex outside of the bedroom were highly rated suggestions. More than a third of both genders also found talking about their physical insecurities important to achieving a satisfied sex life.

As the idiom often goes, “communication is key” when it comes to having a successful relationship. That conventional wisdom, it appears, can also be applied to couples’ sex lives. Our survey took a deep dive into sexual honesty in U.K. and U.S. relationships, and our results suggest most people want honesty when it comes to their partner’s sexual satisfaction. However, that honesty doesn’t always come easy.

Thanks to the internet, finding a date has become a whole lot easier, however finding someone that you actually want to spend the rest…